Carol_Broadsword
February 13 edited February 13 in General Board
Love is in the air as we celebrate the return of our Valentine's Day event and celebrate President's Day weekend with some RvR bonuses! Hot Fix notes included, and are now live! 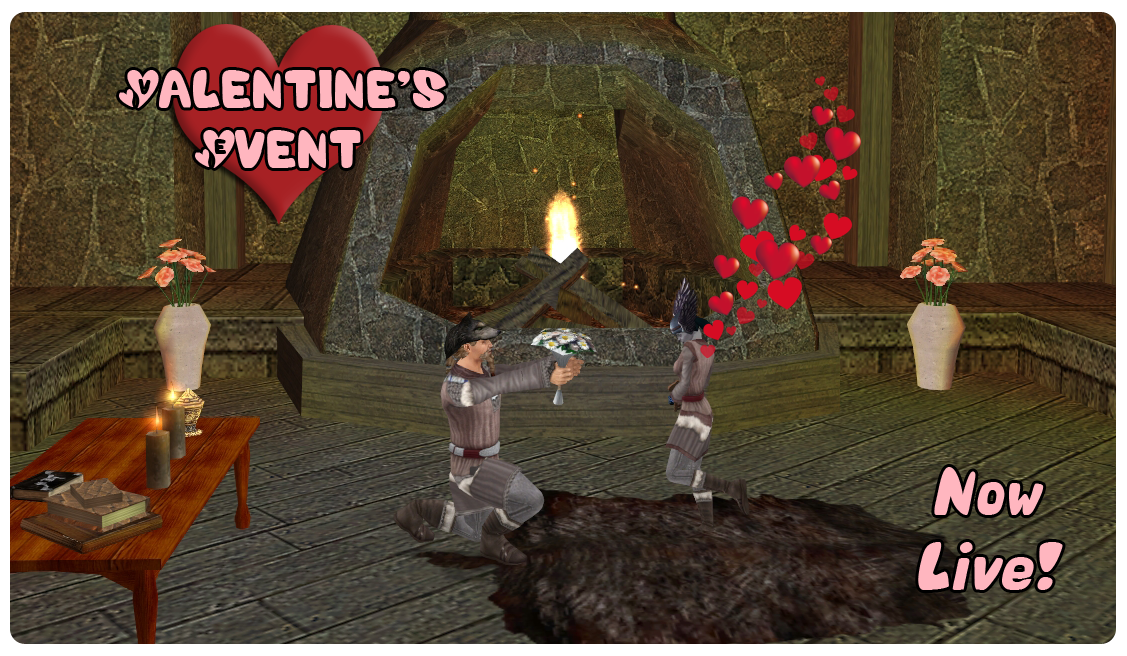 In honor of Valentine's day and President's Day weekend, the following bonuses are active for the duration of the event as well!

On Ywain: On Gaheris: In each Capital City: In all Housing Zones: