September 2018 Population and other stats update

General stats - population is down 6.3% on the same week last year, and for the last few weeks has been teetering just under last years population. In the previous two years, a come back to camelot campaign started in a few weeks which saw the fall/autumn population increase. Not sure we will get that this year. Last summer also had a come back to camelot campaign and sustained RP bonus, which again we haven't had this year.

The next graphs show yearly averages for weekly characters, kills, and deathblows. 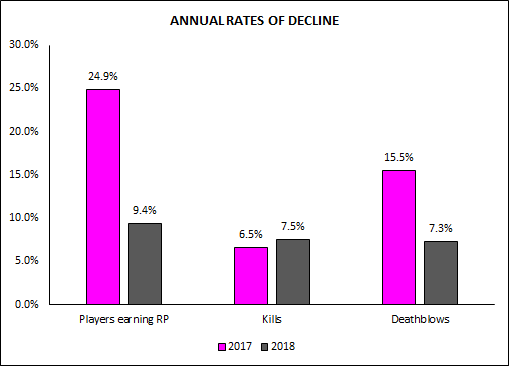