People fighting from out of bounds

rocketait
December 2018 edited December 2018 in General Board
I understand sometimes people get zeffered out of the playable area of the map (or under stuff), but arnt they required to make an effort to re-enter the map? we had a group of 3 (Swootspeed, drizztelflord, pxg) who we fought at alb bypass (banana, by alb mile), we killed 2 and one got zeffed up the wall and he ran away (ok np it happens). but then he healed up ran around for a 5-6 min up there so we steathed up and surrounded the hill so we could get him when he came down. however, we noticed that he was rezing his teammates and brought them out of bounds, they then all buffed up and hung out up there for another 15ish minutes until an alb 3 man hit a hib 3-4 man and they jumped down adding and killing everyone.

Does this see like something groups should be doing? a few days ago I had a group of mid hunters that were out of bounds killing people at alb safe port, I reported them but didnt know exactly what you would call this. I feel its exploiting (similar to if i lag jumped up there and used it to my advantage but i just thought i would try to bring some light to the type of behavior we have been having lately late at night). 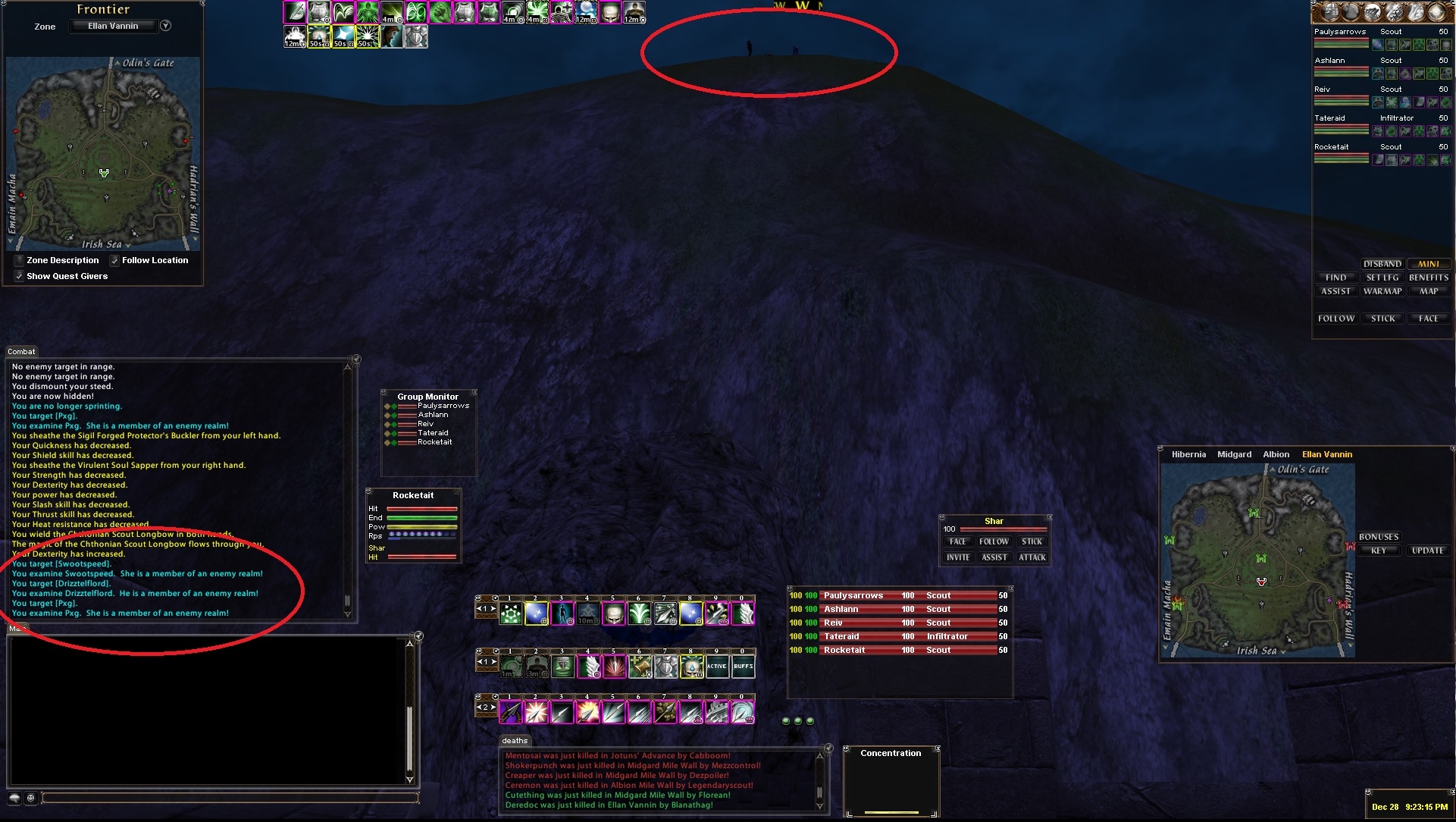